So, one of the things I decided to finally get back to working on recently was the one minigame I have yet to beat–Hyper Vanguard Force IV. Or well, had yet to beat. I had decided to record my progress:


And of course after stopping the recording to work on getting enough for all the upgrades, I somehow managed to beat it on Normal and finally get the Aggressor title & forum badge: 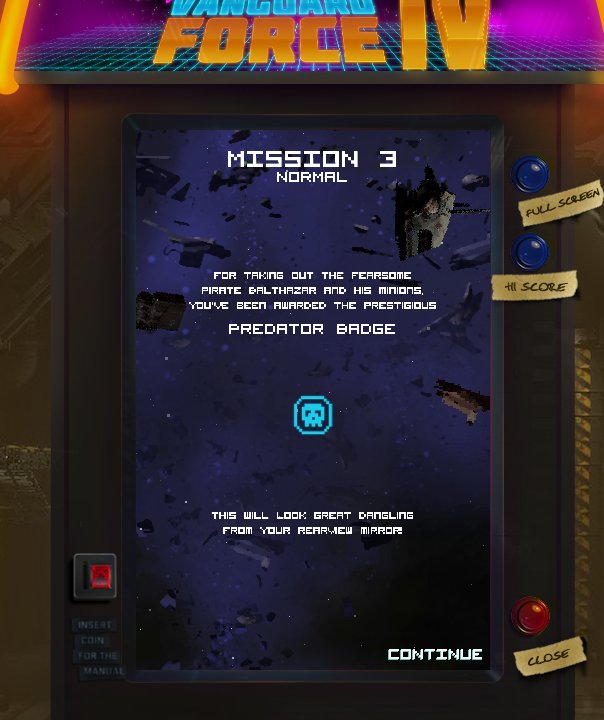 Hyper Vanguard Force in generally is pretty hard for me–I’m not very good with these kind of games… I had a lot more fun with Into the Unknown: A Carrack & Her Crew and Orion Vault : A Loan in the ‘Verse. I was especially proud with just how quickly I managed to finish the Carrack’s minigame as exploring will be one of my number one things to do if you couldn’t guess :P

I also still need to try and beat the Vanduul Swarm for the Aggressor title & forum badge… Maybe there are still people who need to play it too? I feel like it’d be a lot easier in a group… 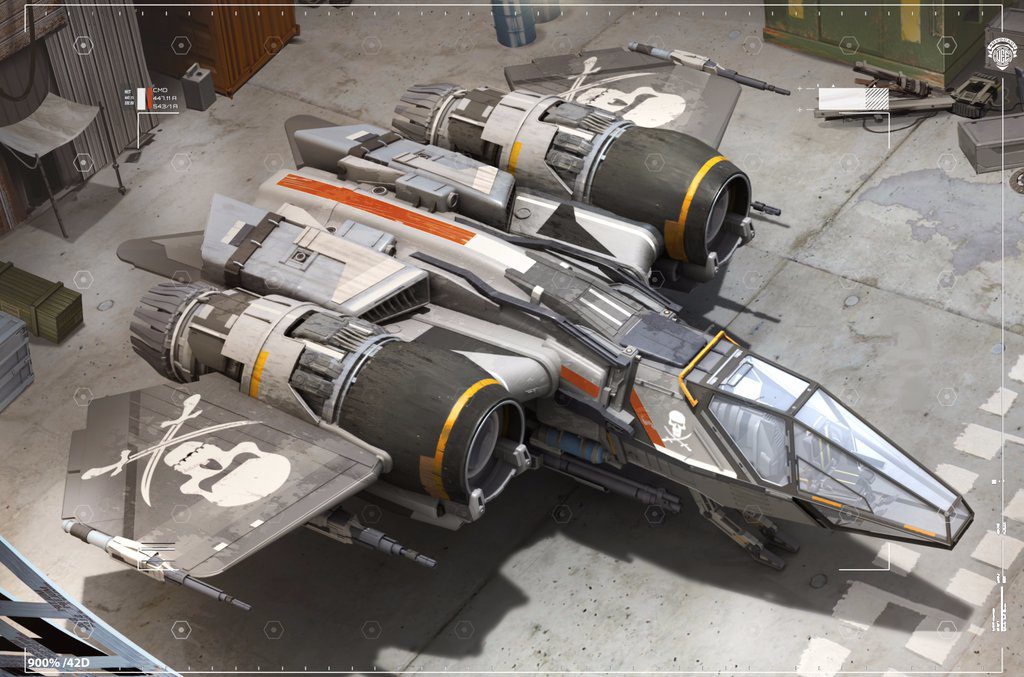 I actually really like it which I didn’t expect. I think the design is really nice. The only thing I’m not too fond of is the decals (as I don’t plan to do any kind of pirating)–I wonder if there will be variants for sale without those decals (similar to the multiple Cutlass designs?). I sure hope so.

If you check out some of my other stuff, you may know I’ve been working on a bit of a side project for a while and well, this is it! For those of you here who have no idea what Star Citizen is, let me explain briefly (and if you already know, feel free to skip below). More or less, Star Citizen is an upcoming Online Multiplayer Space Sim. One of the cool things about it is you kind of get to choose what you want to do–like you can focus on exploring or mining or pirating or being a bounty hunter or making your own kind of path. Now, I love exploring and collecting things (probably stemming from the fact that I love traveling and collecting in real life), that works pretty well for me. If any of this sounds interesting to you, you can register for Star Citizen with this code: STAR-GNDP-P92H for a bonus 5,000 UEC upon signing up. It can be used to buy various things in the Voyager Direct :)

For those of you already acquainted with Star Citizen, this is a rather simple site (though, I’m hoping to expand a bit–especially on the intro page) that the Collections page is the main highlight so to speak. This is mainly to go in conjunction with my organization, S.E.A.C., which was created for the main purpose of exploration and collecting (and everything that entails from puzzle solving to theory discussion and solving mysteries). Of course, that kind of Organization doesn’t really have much to do until the game is fully up and running which left me at a bit of a loss for what to do.

I really enjoy making sites and keeping track of things though and thus, this came to mind as a perfect idea for something that really works well into the entire reason I made S.E.A.C. It took a long time going through my hangar to figure out how to sort things and just how much to add. One of the things that I’m hoping to figure out as time passes is what should and shouldn’t be added along with where should things go. Right now, we have a few general categories and some that are more specific–should we keep things more general? Have sub-categories? There’s a lot of options for sorting. Similarly, right now we don’t have a “back” button since “Collections” is always at the top and there is only one page between the two, but if we have lots of sub-categories in the future, that is probably something that would need to be changed.

Right now, one of the things I’ve been debating on is the UEE Environment Coat and the Origin Racing Suit. If added, they’d both go in miscellaneous. The main issue is I don’t really see this site being used for clothing (unless its something that would go under Artifacts), but these were both items only for sale for a limited time that makes me wonder if they’d still fit part of the point of the site. I made a poll below for voting, but feel free to comment as well.

Overall, most things are working, though, the Space Flora and Badges/Patches pages are a bit wonky due to the fact that the coding used tends to freak out a bit if there is less than three. While I expect us to have another Space Plant soon, I haven’t really decided what to do with the Badge set–it is technically a set of one, but would it be better to split them up? Or keep them together? And this isn’t the only thing on the site that has multiples contained under one item set–just another thing to try and think about to really figure out what works best.

At the very least, hopefully this will help me figure out what to have on S.E.A.C.’s page… But yes, moving on, upcoming things I hope to get set up:
-Better summaries/descriptions. Some I really have little to say while others are way too long. I’d like to find some kind of middleground for each and figure out what way to describe things in the first place.
-Make sure I didn’t miss anything. I’m not perfect and I’ve definitely come close to missing out on things. Not to mention I’m paranoid I missed some of the Concept ships that came with models and posters…
-Category checks. “Should this be here or somewhere else?”, “Should I even have this on the site?”, “Should this be added?”, etc.
-Just general small updates to make things look nicer. As mentioned earlier, the introduction is lacking and I may want to adjust some things for a sleeker layout.
-On organization–right now each page has items organized by release order (or as close to). This brings up some questions for like the Concept Ship/Models if they should count from when the sale happened (which is what I have been doing) or when they are actually available in the hangar and for others to purchase.

I will do my best to keep the site updated as new trinkets and things appear. Hopefully once things start filling out more, the site will get a lot better too :)

So, the site is finally getting set-up. Right now, we’re doing our best to get each page up and working. This is where you will mostly end up finding my own personal adventures in the ‘verse so to speak.

For now, I’ll share a video from my Youtube channel of the most recent thing I did in Star Citizen:


I really love this quest. We’re not going to be trying the beacon one again until our progress is saved, but I am looking forward to being a PI again soon!
Read more
« Previous 1 2
Hi there! This is pretty much where you can find site updates along with my posts on various things relating to Star Citizen. You can check out my main site by clicking here. Now, back to Star Citizen...

Just a wish list of some of the items and ships I’d love to get in the ‘verse.